Sacred in Every Trust

Our staff is comprised of dedicated and licensed professionals with the experience to answer all your questions regarding our services. Please feel free to contact any of our staff members at any time. 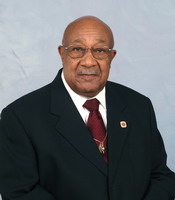 In Memory of Oliver Washington, Sr.

“O.D.”, as he was fondly called by his family and friends was the Owner & Founder of Washington Funeral Home, Inc. He was a native of Caroline County, Virginia, growing up in a small area called File. He was educated in the Caroline Co. School System where he graduated from Union High School. After graduation he enrolled in the Eckels College of Mortuary Science in 1954. O.D. was licensed to embalm in 1959 and became a licensed Funeral Director in 1960. He served in the US Army and was honorably discharged in 1962. Mr. Washington completed numerous programs at Rappahannock Community College where he was awarded Associate Degrees in both Business Management and Arts and Sciences. He was also involved in several civic, social, and community organizations. He served three terms on the Essex County School Board, he was a member of Welcome Masonic Lodge and was a 33 Degree Mason, a Life and Golden Heritage member of the NAACP, Charter Member of the Kiwanis club of Tappahannock, VA, Past President of the Jamestown 4H Education Center, a member of the Virginia Morticians’ Association, as well as the National Funeral Directors and Morticians Association and the Northern Neck Funeral Directors Association, to name a few. In addition to these organizations he also served his fifth term on the Tappahannock Town Council, was a licensed Real Estate Agent, member and Trustee of First Baptist Church, Tappahannock, VA. 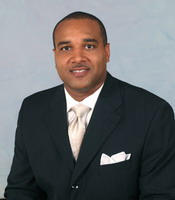 In Memory of Craig O. Washington

Craig was the youngest of three sons of Oliver & Blanche Washington. He was a graduate of Essex High School in Tappahannock, VA. After high school he enrolled in John Tyler Community College in Chester, VA, graduating in 1993 receiving an Associates Degree in Applied Sciences, majoring in Mortuary Science. Craig furthered his education at Virginia Commonwealth University, graduating in 1997 with a Bachelor of Science in Business Management. Craig received his license in funeral service in 1996 becoming fully licensed in funeral directing and embalming. He was a member of the Virginia Morticians Association and was a Past President and Chairman of the Board. He also was a member of the National Funeral Directors and Morticians Association, Richmond Funeral Directors Association, President of the Northern Neck Funeral Director’s Association, and member of First Baptist Church, Tappahannock, VA. 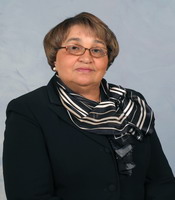 Blanche is a lifelong resident of Essex Co., VA. She began her professional career as an educator. After graduating from the former Essex County High School, she continued her educational pursuits by enrolling in St. Paul’s College, Lawrenceville, VA, where she graduated with a Bachelor of Science Degree in Elementary Education. Blanche’s teaching career began in Warrenton, VA. Later, she taught in the Richmond County School system, and in Essex County in Center Cross, VA all before integration and during the years of Freedom of Choice. After the total integration of schools in Virginia, she continued to teach in Essex County for more than 20 years. In 1972 Mrs. Washington headed the call and challenge of assisting her husband Oliver in the family business, therefore she pursued and obtained her Funeral Directors license. Since becoming a licensed Funeral Director, she has been a member of the Virginia Morticians’ Association and the Northern Neck Funeral Director’s Association. Blanche is also a member of several civic and social organizations; member of Delta Sigma Theta Sorority, Inc. Northern Neck Alumnae Association, the National Association of Negro Business and Professional Women, Inc., Past Worthy Matron of the Order of the Eastern Star #179, and member of the Essex County Northern Neck Retired Teachers Association, and member of First Baptist Church, Tappahannock, VA to name a few. In 1997 she retired from the Essex Co. School System with 32 years of dedicated and devoted service to teaching our youth and now devotes her time and service to working at Washington Funeral Home, Inc. where she is the Manager.

A year of daily grief support

Our support in your time of need does not end after the funeral services.  Enter your email below to receive a grief support message from us each day for a year.  You can unsubscribe at any time.